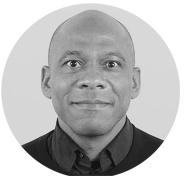 This software intends to predict and model the risk posed by model hurricanes based on storm data and existing information on building integrity and structural design.

The Caribbean is becoming more vulnerable to being struck by more frequent and intense tropical cyclones because of climate change, said Kruythoff to Parliament.

The ZineQx prototype contains information about all Atlantic tropical cyclones since 1851, a database of more than 2,000 storms. The software can also narrow down results based on island, hurricane category and year.

“We cannot use old norms and standards that we have been using for about 50 years to build homes today. A home that is built today is actually, according to the code, built for 50 years [ago – Ed.],” said Kruythoff.

In his presentation, Kruythoff demonstrated St. Maarten as an example. Several districts in both French St. Martin and Dutch St. Maarten were sorted into various categories based on the potential for wind and other forms of damage.

A 3D depiction of Philipsburg was then shown by Kruythoff, in which all the buildings were shown. “The St. Maarten/St. Martin maps in ZineQx contain more than 40,000 objects, which are structures that have dimensions and orientation. The software can filter based on district, street, and roofing type,” said Kruythoff.

He said these maps can be updated by inputting new information into the software. Information can also be inputted on roofing materials and design. Each building is given a value by the software based on several indicators, including the building’s contents (for example, a warehouse with goods), or how many employees a building has.

According to Kruythoff, ZineQx has the capacity to make predictions about damage in future storms. “You can run analyses and simulations to see what a future storm, in 20 years, 30 years, can do to the island and how we have to update these structures on the island to become more resilient. Because, as we have seen with [Hurricane] Irma, if the island is not prepared the damage will be so great that it will cause a heavy economic impact,” said Kruythoff.

He also said that if the recovery process is too long, St. Maarten could end up in a “poverty cycle.”

“However, if we make improvements and thus shorten the recovery period, it will lead to prosperity and economic growth. And this software gives us the tools to do just that, it makes those decisions,” said Kruythoff.

In the question-and-answer session, Member of Parliament (MP) Sarah Wescot-Williams asked what the next steps are in making this prototype a reality if his software is selected by the St. Maarten government.

Kruythoff said solid lines of communication would need to be established between his company and the government of St. Maarten, VROMI and the National Recovery Programme Bureau (NRPB), as well as with counterparts in French St. Martin, to obtain more detailed information about structures island-wide.

Afterwards, a business and financial plan would be drawn up by his company and submitted to these entities. The prototype would be developed into a final product and handed over.

The product would then enter the “testing phase,” where personnel will be trained to use the software. The input and feedback of these persons would also be used to review and update the software as necessary.

In responding to a question by MP Ardwell Irion of National Alliance (NA), Kruythoff said it would take eight to sixteen months to go from prototype to final product. [Was first published in The Daily Herald, Source: The Daily Herald] https://www.thedailyherald.sx/islands/92033-disaster-management-software-prototype-presented-to-parliament